Time for another picture post! This one shows people going shopping. A rather dull, every day activity really, but one which most people would never dream of using a bike for in the UK. In addition to the general fear of cycling on the roads, sensible bikes with storage aren’t the norm here, there is often no cycle parking, and shopping centres are usually designed with only cars in mind.

Most Dutch people would think this a very boring blog post, as in the Netherlands it’s a common sight to see old women filling panniers with their shopping and riding off, for example. But that’s something you’d never see in the UK, and it shows that shopping by bike is perfectly feasible for people of all ages when you have the right infrastructure.

It’s interesting to see that at supermarkets in the Netherlands the cycle parking area is right beside the entrance, as opposed to the standard UK provision of a few wheel-bender bike racks shamefully hidden round the corner by the bins. 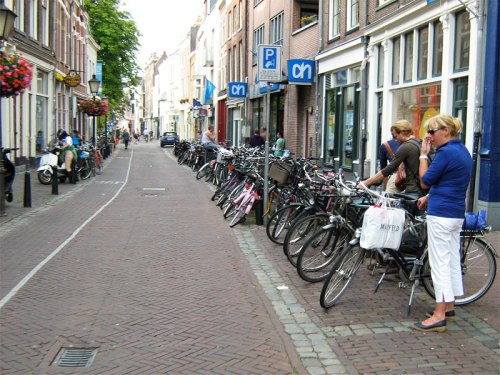 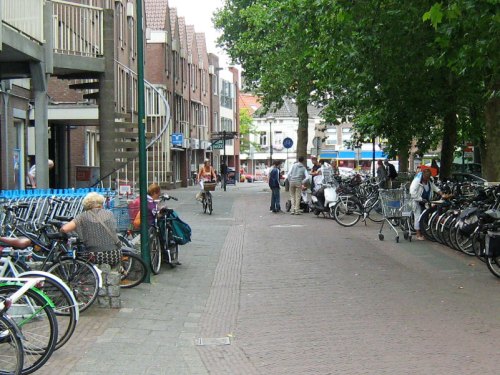 I don’t know why the only supermarket in these photos is Albert Heijn — other supermarkets are available in the Netherlands and people cycle to those too! Maybe I should mention Jumbo, C1000 and Plus, just to even out the balance a bit.

You can find all the picture posts here.

14 responses to “Cycling in the Netherlands picture post #2: Shopping”